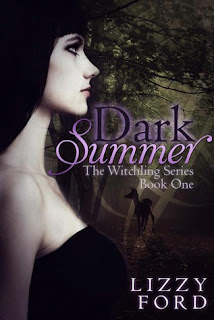 This weekend, Lizzy Ford announced the re-release of "Dark Summer" (#1, Witchling Series), her groundbreaking debut young adult paranormal romance, now available from Amazon, Amazon UK</ a> and Barnes and Noble. Originally released in August 2012, "Dark Summer" soared to the top of the Amazon charts this winter. Evatopia Entertainment recently optioned the publishing and TV/multimedia rights and worked with Lizzy to revise and add depth to the first two books in the series. The revised version includes the integrated novelette ("Summer Night") in addition to new scenes that add deeper insight into the boarding school and characters. Lizzy estimates about 40% was added to the book to provide depth to the fascinating world of the Witchlings. Lizzy has extended an offer of providing free review copies to anyone who is able to leave a review on Amazon. If interested, please fill out the form at this URL with your email address! [URL: http://eepurl.com/v7xUL]

A school for Witchlings... The ultimate choice between Light and Dark... Where the price of a mistake...is your soul. Sixteen-year-old Summer doesn’t expect her new boarding school to be any different than the rest: a temporary stay, until her uncontrollable magic gets her thrown out again. In her mind, there’s no point in getting too friendly with anyone. That is, until she notices Decker, the boy who will become the Master of Night and Fire on his eighteenth birthday. When she learns that this special school has attracted others with magic in their blood, she is hopeful that this time around, things may be different. Besides, she can’t deny her interest in Decker, and when he rescues her one night from the dark forests of the Rocky Mountains, their connection is instant. Yet a relationship with Decker may prove to be Summer’s downfall, forcing her to choose between Light and Dark, life and death, love – and their souls. One choice. One soul. One price. Available from Amazon, Amazon UK and Barnes and Noble
Posted by Beth at 7:29 AM