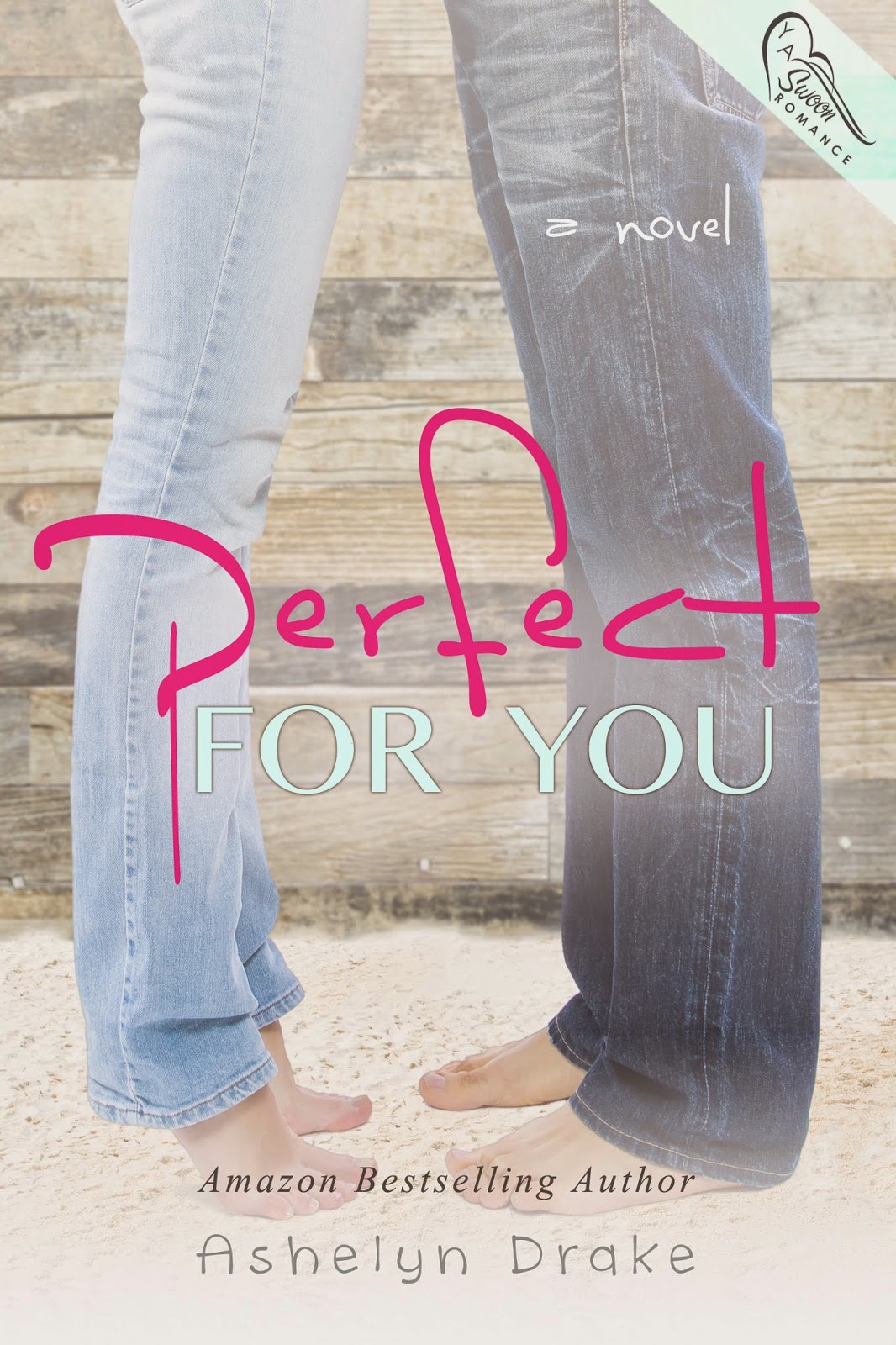 Ashelyn Drake is here today to talk about her new book.

The title of my new YA contemporary romance is Perfect For You, but let’s face it. Nobody is perfect. Honestly, that’s why I love my characters in this book so much. They’re all flawed. And really it’s the flaws that make them lovable.
Let’s start with the MC, Meg. She had her heart broken in the worst way imaginable. Her sophomore-year boyfriend made out with another girl in front of Meg’s locker. Nothing says “dumped” quite like that. Meg’s now with a great guy, but she still feels like she’s not quite good enough and fears having her heart broken again. Ash might be loyal, but Meg is constantly worried about being cheated on. Her insecurities sometimes get in the way of her decisions, but at other times, she exudes confidence. She’s really struggling to find herself.
Ash is Meg’s boyfriend of five months. He’s the quarterback of the football team, totally gorgeous, and loves Meg. He’s seemingly perfect. Notice I said “seemingly”. Ash has a temper at times and his emotions can get the better of him and cloud his judgment.
Then there’s Noah. He’s Meg’s crush of the past two years and he’s totally irresistible. But why did he have to wait until Meg was happy and in a relationship before he took an interest in her? The fact that Meg has a boyfriend doesn’t stop Noah. He exudes confidence and goes after what he wants. That makes him one of the most desired guys in school, but it also puts Meg in a really bad spot since she’s the one he’s after.
I love all three characters. Sure, they have their faults, but at the heart of it, they’re truly amazing people. Watching them discover themselves throughout the story only made me love them more. So maybe they aren’t perfect, but I think that’s sort of what makes them perfect in my mind. ;)

Book blurb:
Seventeen-year-old Meg Flannigan isn’t very self-confident, but what girl would be after her sophomore-year boyfriend dumped her by making out with another girl in front of her locker?
Now a senior, Meg catches the eye of not one, but two gorgeous guys at school. Sounds good, right? What girl wouldn't want to be in Meg's shoes? One cute boy happens to be her boyfriend, and the other? Well, he wants to be. And Meg? She's torn between Ash, the boy she's been with for nearly five months, and Noah who is pretty irresistible.
But Meg is playing with fire. Pitting two boys against one another, even if she doesn't intend to, could end badly if she isn't careful. PERFECT FOR YOU is a teen romance from bestselling author Ashelyn Drake, where one girl will risk everything to find her perfect match.

About Ashelyn Drake:
Ashelyn Drake is a New Adult and Young Adult romance author. While it’s rare for her not to have either a book in hand or her fingers flying across a laptop, she also enjoys spending time with her family. She believes you are never too old to enjoy a good swing set and there’s never a bad time for some dark chocolate. She is represented by Sarah Negovetich of Corvisiero Literary Agency. Ashelyn also writes fantasy novels as Kelly Hashway.
Find Ashelyn Online:
Blog: http://ashelyndrake.wordpress.com
Facebook page: https://www.facebook.com/AshelynDrake
Goodreads: https://www.goodreads.com/author/show/7075461.Ashelyn_Drake