First of all, whether you're a reader or a writer there is some great stuff up for grabs in an auction to help people rebuild from the tornadoes in OK. Bidding closes in a few hours, so please go check it out.

And two of my friends have novellas out today.
My good friend Kelly Hashway's Advantage Heartbreak. 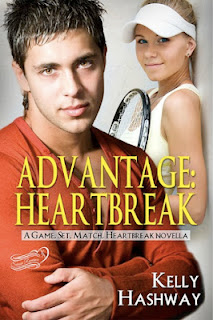 Seventeen-year-old Meg Flannigan thought she’d made up her mind about love. But with two guys still vying for her attention, she wonders if she made the right decision. Ash is everything she’s ever wanted in a boyfriend: loyal, loving, and totally hot. But then there’s Noah: fun, sexy, and the more he sticks around, the more Meg wants him there.

What’s a girl to do?

Make up her mind, before it’s too late! Gorgeous freshman Liz has set her sights on Ash, and Noah is beginning to remind Meg of her last boyfriend—the one who broke her heart. Can she figure things out before she ruins not one, but two relationships? Or is she doomed to serve up heartbreak?


And my other friend Ashelyn Drake's Romancing the R.A. 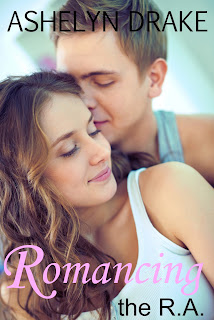 Noelle Buckman is looking forward to making a fresh start in college, one that doesn’t involve immature high school boys. The second she steps on campus for freshman orientation, she can sense the possibilities. Especially when she spots Andy, a resident advisor who’s not just hot but also thoughtful enough to open doors for a girl. And Andy has his eye on Noelle. Even when her nerves take control and she thinks she comes off as a hillbilly with no direction, Andy can see what she’s really like and he’s more than a little interested. But orientation is less than two full days and there’s an entire summer between Noelle and Andy. Will her attempt to romance the R.A. be as short-lived as college rientation?
Genre: New Adult Romance
Publisher: S.B. Addison Books
Expected release date: May 28, 2013