IWSG: Getting It Done 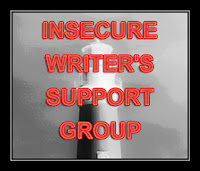 IWSG couldn't have come at a better time this month. I need to finish a novel. Today. I wanted to have it done yesterday. And as with any novel there comes the questions of the unknown. Will it sell? Will it get horrible reviews?
But I think today I would settle for just getting the book done. I haven't published anything since 2014. And I'm hoping to release a complete trilogy this fall starting with His First Lady, a book about a marriage of convenience between a Presidential candidate and a grad student who happens to be a Senator's daughter. But I want to have the second book written before I release the first so that I can release within a month of each other then release the third a month later. My goal is to release August 15, September 15, and October 15.

And speaking of releases--because writing a book isn't enough to do--what is the best way to launch now? Do you have suggestions?

What are you insecure about this month?
Posted by Beth at 6:07 AM